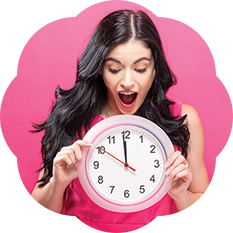 A woman is born with all the oocytes she will have - these stores decline especially after 35 and then take a rapid decline after 37.

Egg quality is also affected by age as the oocytes prior to ovulation are in a stage of meiosis where the chromosomes are separated - at ovulation they segregate but separate again until fertilisation occurs. As years pass the spindles holding the chromosomes together start to break down hence there is an increase in chromosomal abnormalities with age. The risk of Downs Syndrome (an extra chromosome 21) is 1:192 for 35 year olds and 1:21 for 45 year olds.

The quality and quantity of sperm does decline with advancing age which is partly due to the decrease in number of leydig cells which are important in testosterone production and hence sperm production. There is an increase in chromosomal abnormalities and birth defects and count motility and decline and abnormal sperm increases with age. The male menopause is “andropause” which starts to occur at 35 and it has been shown that men this age are 50% less likely to achieve a pregnancy than men under 25.